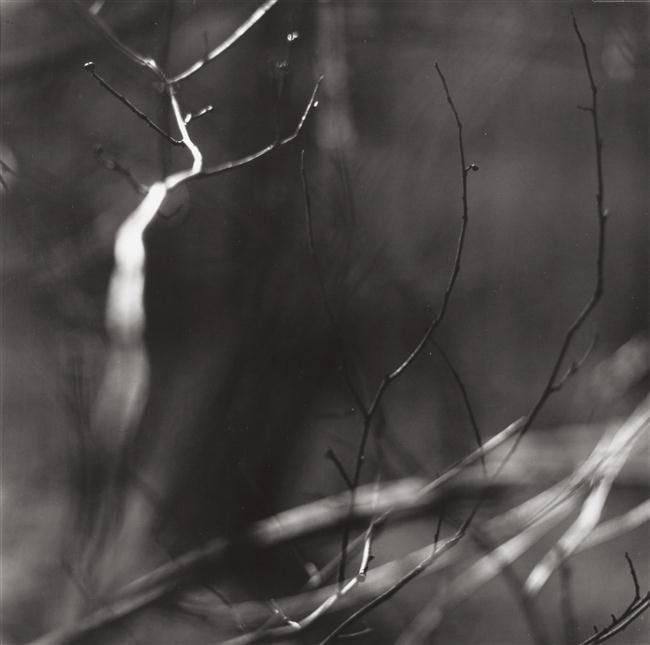 Ralph Eugene Meatyard (1925-1972) spent three months looking through an unfocused camera in order to “learn to see No-Focus.” Working roughly 30 years before Uta Barth, Meatyard, an optician who practiced photography, began the project because of his initial attraction to the out-of-focus backgrounds in some of his images. Through his association with the local camera club and his connections at the university in Lexington, Kentucky, Meatyard was in contact with many other photographers, such as Van Deren Coke, whose condition for making a photograph was to find an appropriate background and put something in front of it. Like Barth, Meatyard eliminated the “thing” and looked only for the background, which he would then throw out of focus. Eventually, feeling that the background was still too recognizable, he abandoned this practice and began to contemplate his surroundings through an unfocused lens. Barbara Tannenbaum describes the process in her essay, “Fiction as Higher Truth: The Photography of Ralph Eugene Meatyard”:

He would then wait two or three months before developing them (the negatives). After that interval, he was no longer able to identify the scenes or objects, he had succeeded, at least for himself, in detaching the images from a bit of reality on which they had been based.

Like many Western artists at the time, Meatyard had become fascinated with the Eastern philosophy of Zen Buddhism, in which objects have meaning beyond their physical attributes. Meatyard was influenced by photographer Minor White’s belief that photography (through abstraction, sequencing, and close-up details) could be used to liberate objects from their everyday reality. The No-Focus series and Meatyard’s later Zen Twig images adhere to the minimalist tendencies articulated by the writer Suzuki: “Japanese artists… influenced by the way of Zen tend to use the fewest words or strokes of brush to express their feelings… suggestibility is the secret of the Japanese arts.” Meatyard, White, and other artists working in the Expressionist style felt that their works would contain universal or personal meanings that could be openly interpreted by a viewer. 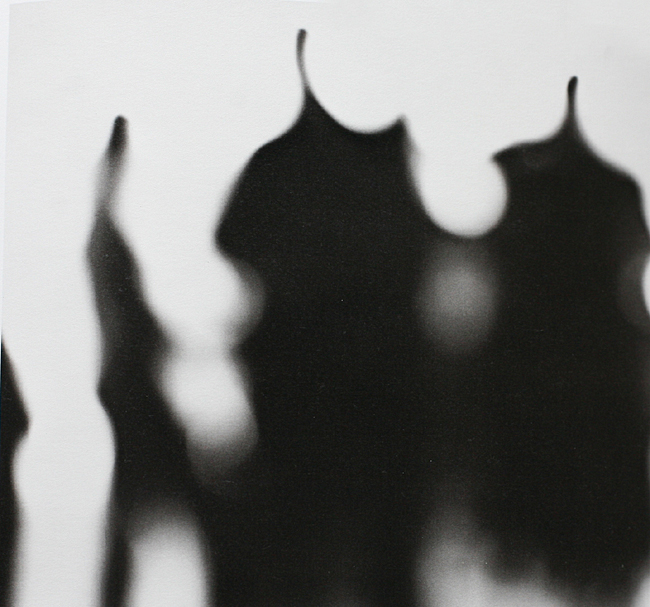